While China’s wood product exports have fallen since the beginning of the pandemic, those through Linyi City, Shandong Province rose 23% in October and in the first 10 months of this year exports of wooden furniture expanded by 65%. In order to effectively adapt to the impact of the pandemic... [mais...]

The Swedish forest industry Group Södra has launched Liquid Forest™, a pioneering range of bioproducts: biomethanol, tall oil and turpentine. The brand is a concept that offers several markets, like the fuel, paint or perfume industry, an opportunity to choose climate-smart products derived from... [mais...]

The Slovakian Minister of Agriculture Ján Mičovský unexpectedly dismissed the General Director of State Forests Matej Vigoda. As reason he mentioned the dynamization of the transformation processes and the definition of an effective trade policy... [mais...]

Muhtar Suhaili has been appointed as the new CEO of the Malaysian Timber Council (MTC) effective 1 November 2020. Prior to joining MTC, he was the Lead Project Engineer in Shell Malaysia where he worked for 15 years. The 39 year old ... [mais...]

Lenzing AG has successfully issued a hybrid bond - a subordinated, unsecured bond - with a total volume of € 500 million and an interest rate of 5.75%. The bond was oversubscribed several times, has an unlimited term and, due to its structural characteristics, will be... [mais...]

A Scottish pilot project aims for a more mainstream use of UK-grown wood in construction and the creation of the country’s first engineered timber manufacturing plant. After focussing the material in pallet and fencing production, there are more and more ambitions to become more independet from... [mais...]

The chemistry and technology company Accsys has announced its interimresults for the six months ended 30 September 2020 (“H1 FY 21”). The over all resilient Group revenue performance was supported by Accoya sales volumes. The company noticed a strong rebound and rapid recovery... [mais...]

In its latest meeting, the German Federal Council approved a draft ordinance which, based on the Forest Damage Compensation Act (ForstSchAusglG), is intended to limit fresh spruce wood logging until 30 September 2021 by 15% to 85% of the average felling in the comparative... [mais...]

Stora Enso has obtained approval to manufacture and supply CLT in the USA under the International Building Code® (IBS)...... [mais...]

West Fraser Timber Co. Ltd. and Norbord Inc. announced that they have entered into a strategic business combination pursuant to which West Fraser, a leading North American diversified... [ mais...] 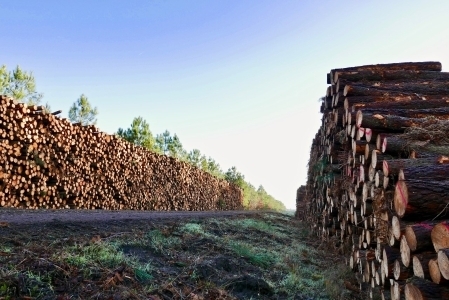 The first signs of falling maritime pine prices that appeared in the southwest of France at the end of 2019 were consolidated in the first half of the year. And the results of recent auctions which have just taken place this autumn in the Landes forests, clearly indicate that the decrease in prices is continuing...... [ mais...]

In a recent statement, the Russian President Mr. Putin ordered the government to strictly control the exportation of roundwood and low-value forest products, and to clamp down on the illegal trade of logs (in his terms: “hard-hitting decriminalization of the industry”)...... [ mais...]